Posted on December 18, 2018 by christianmcbride 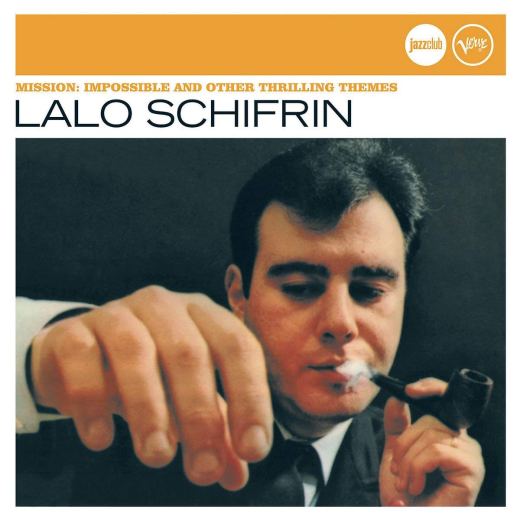 Some of you know what a TV and movie junkie I am. There was also a time when I was actually a TV commercial junkie, too. Well, let me clarify that. I’m not a TV or movie junkie in the sense that I just watch them simply for my own entertainment, but I’ve been told that I’m one of the few geeks that actually pays close attention to all of the end credits. I like finding out who the key grip was, the dolly grip, the truck driver, the food service company, the Foley artist, the gaffer, and needless to say, the composer(s). I’m not sure I really believe I’m one of a few that does that, but whatever makes the story work. 😉

When you’re a child, certain things stick in your head for the most subjective reasons, particularly TV commercials. The more I think about it, I think most TV commercials are actually made for kids – even adult products. For whatever the “hook” is that some producer wants the viewer to get, I think kids often get it first. Kids actually will hold the Rice Krispies to their ear and listen for the snap, crackle and pop. Some kids often think all champions actually do eat Wheaties. I remember suggesting to my grandmother that she get Dawn dish detergent because it did a better job at “cutting through grease,” and to also get Mrs. Buttersworth pancake syrup because it wasn’t “runny like the other brands.” I really did take these commercials to heart! There’s also the mind control game of playing something over and over again so it gets into your subconscious. Meaning that you actually don’t like or even care about the product, but you just remember the commercial. How many slogans can you remember off the top of your head without even buying the product? “Squeeze the Charmin,” “Where’s the beef?” “Have a Coke and a smile” “Frosted Flakes – they’re grrrrrreeeeat!” It was only after I started learning how to compose and arrange that I asked myself, “Who wrote the music for some of those old TV commercials?” Ok, well how’s this for randomness…

Growing up in Philadelphia, I often would watch WKBS – channel 48. WKBS showed a bunch of old syndicated TV shows like I Love Lucy, The Munsters, The Honeymooners, McHale’s Navy, The Dick Van Dyke Show, etc, etc. They were also the local TV affiliate for the 76ers. A lot of the commercials were from local businesses. Since WKBS was an independent station and not the local affiliate of one of the major networks like NBC, CBS or ABC, I’m assuming that buying airtime on channel 48 was way more feasible for small businesses. One of the most random commercials I remember from my childhood was from a local business called The House of Gayer. If memory serves, it was a beauty salon. Even as a kid, I felt their commercial might have been done a little on the cheap. It was dark and the text font seemed a bit primitive. I don’t remember ever seeing a face, just still photos of the salon and a semi-scary voiceover. (Somehow, I always remember seeing this commercial just before I would go to bed.) However, it had the coolest background music! Because the commercial had a mostly dark blue or black theme, the music felt a little scary, but for whatever reasons, I LOVED the song. I would look forward to pulling the covers just below my eyes when the commercial for The House of Gayer would come on as I would be kind of scared, but absolutely fascinated by this music.

I was 11 years old when WKBS went off the air for good in the summer of 1983. I was so sad. It was the end of a chapter in Philadelphia television history – and the House of Gayer commercials.

Since the last time I saw a House of Gayer commercial, I’ve devoured and absorbed as much information as I could about great film and TV composers, and had the great fortune of working with many of these legends such as Quincy Jones, Jack Elliot, Patrick Williams and the man who has been such an inspiration to me not just as a musician, but also as a person, the great Lalo Schifrin. The first time I worked with Lalo was around 1998 when he called me on the recommendation of Ray Brown. Although Lalo is the composer of one of the most recognizable themes in the entire world with Mission: Impossible, I also knew of Lalo as a fine pianist and one of the chief arrangers for Dizzy Gillespie, Sarah Vaughan, Jimmy Smith and many more. Even without Mission: Impossible, he was one of my compositional and arranging heroes. Over the last 20 years, I’ve recorded twice with him as part of his Jazz Meets The Symphony recording series and toured with him even more. (Lalo is also the man who initially got me interested in smoking pipes! One of my greatest memories is going pipe shopping with him in Sydney, Australia.)

Yesterday, for whatever reasons, I was moved to listen to the theme song to Mission: Impossible. It just seemed like the song to listen to at that moment. I opened up the Tidal app on my iPhone and entered “lalo schifrin mission impossible” in the search field and got in my car. Instead of just saving the single track in my “favorites,” I “liked” the entire album, which was a Verve Records compilation called Mission: Impossible and Other Thrilling Themes. Without looking at my phone, I just assumed I’d hear the usual selections that you’d find on most Lalo Schifrin compilations – themes from Cool Hand Luke, Mannix, Enter The Dragon, Dirty Harry, The Cincinnati Kid, Rush Hour and more. When the drum pattern started on track 2, I thought, “This is kinda hip.” Lo and behold, the basses and the flutes came in on top of the psuedo drum march and I SCREAMED!!! For the first time in 35 years, I heard the background music from that old House of Gayer commercial!!! I couldn’t believe that it was Lalo Schifrin’s music that had been licensed for one of the most random commercials I’d ever seen! I badly wanted to pull off the road and enjoy it, but I was going south on the Garden State Parkway. Not the best place to pull over and listen to music.

When I finally had a moment, I saw that the name of that House of Gayer song is actually called Machinations. It was originally recorded for a 1968 album of Lalo’s called There’s a Whole Lalo Schifrin Goin’ On. (cute title!) The song itself sounds similar in nature to what Lalo composed for many movies and TV shows at that time. I wonder if it had been used as incidental music in some TV show? I’m going to have to ring Lalo and find out.

Hearing that track made me feel like I’d been reconnected with an old friend and reintroduced me to my 11-year-old self. Thank you, Lalo Schifrin. Didn’t realize you’d been a part of my life for as long as you have! 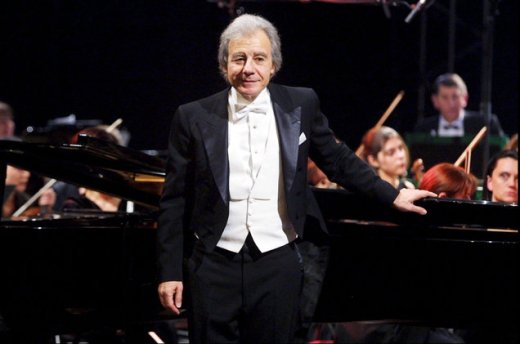 I'm that musician dude.
View all posts by christianmcbride →
This entry was posted in Uncategorized. Bookmark the permalink.